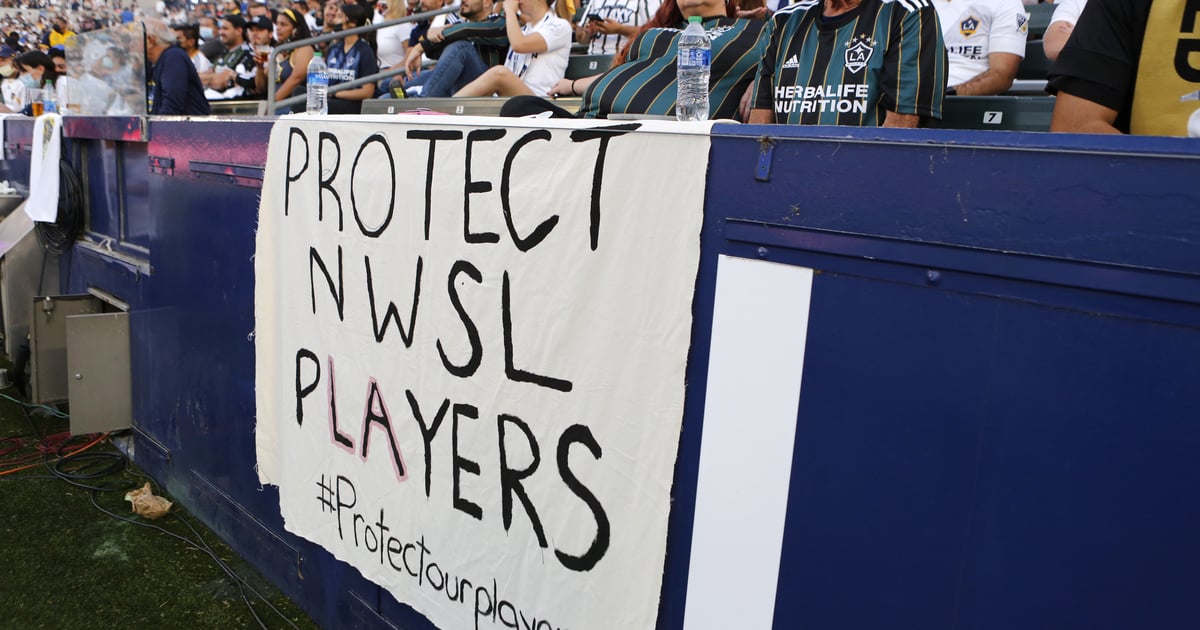 Players from the Washington Spirit and Gotham FC stopped play during the sixth minute of their game today to protest the widespread abuse allegations from around the National Women’s Soccer League (NWSL). Linking arms in the center of the field, the teams stood in silence while fans stood and applauded in support.

The public protests come after a week of revelations for the league, including a report from The Athletic in which former players, including Sinead Farrelly and Mana Shim, accused their former coach Paul Riley of sexual and emotional abuse and the NWSL of failing to protect them or punish Riley accordingly. The Spirit also fired coach Richard Burke last week following accusations of verbal and emotional abuse from players. The NWSL cancelled last weekend’s games and commissioner Lisa Baird resigned on Friday as the slew of allegations provoked outrage and demands for change.

Today’s protests are the latest signs that players will no longer keep silent about abuse. In a statement released on Twitter today, the NWSL Player’s Association (NWSLPA) said that the players would stop play during the sixth minute of every game on Wednesday night “in recognition of the 6 years it took for Mana, Sinead, and all those who fought for too long to be heard.” The NWSLPA encouraged fans to stand in silence with the players, writing, “We ask you to stand in that pain and discomfort with us, as we consider what too many of us have been asked to sit with for too long.” Addressing the media, NWSLPA added that players plan to planned to refuse to answer any post-game questions “that do not relate to abuse and systemic change in the NWSL.”

The NWSLPA also made the theme clear, writing “Silence is deafening” — a gesture towards the NWSL’s alleged culture of silence around abuse allegations. On the field in New York, players including USWNT stars Carli Lloyd and Kelley O’Hara gathered together at midfield to make it clear that this system will no longer be tolerated.

Keep reading to see footage from the powerful moment and the NWSLPA’s statement.